Viewing posts from the Blog category

‘The Master of the Invisible’: 6 Things You Never Knew About JB Benn

This is especially true with celebrities. When someone becomes famous, the public gains 24/7 hour access to their life. If they’re not in the spotlight because they’re at an event or being interviewed by a television personality, they are being followed around by the paparazzi. The public gets to know celebrities in ways that they might not even know the people in their own lives. You know who they’re dating, when they break up, where they like to go for dinner, what their favorite food is — I’m talking everything.

But sometimes you get to learn things about someone you haven’t read online, seen in a photograph, or heard on television. You’ve heard of artist and entertainer JB Benn. He is hailed as being one of the most talented close-up illusionists in the world. Maybe you know him from his hit series Magic Man that aired on the Travel Channel or his other television series Mondo Magic, which aired on A&E. Or maybe you just know him from the performances he’s put on for a variety of famous figures. Wherever you recognize him from, JB Benn, someone who is often referred to as the ‘Master of the Invisible’, has a lot more to him than many people know. Here are six of them:

JB Benn has always been passionate about entertaining. At the age of 16, Benn randomly stumbled into a New York restaurant in Gramercy Park to show off some of his coin and card tricks. Little did he know he was at the right place at the right time. He ended up performing his magic act to Cars’ frontman Ric Ocasek and his wife, Paulina Porizkova. Five years later, he was being hired to perform at corporate events and private parties.

2. Benn has performed for royalty

JB Benn is best known for his television shows, but he takes pride in having performed for the royal family of Monaco. Entertaining royalty is not something that many performers can say they’ve ever done, and it is also an experience that cannot be replicated.

You may already know that JB Benn is a fan of the great outdoors. In addition to owning a property in New York, he also owns a home in the woods that serves as a space for him to get away from the noise and chaos of city life. His love of nature sparked an interest in learning about primitive survival skills, which landed Benn at the Boulder Outdoor Survival School (BOSS). He has taken multiple courses so far, and Cat Bigney, who was a survival expert on The Great Human Race, is among his instructors.

4. When Benn travels, it’s not to your typical destination

Who doesn’t love a nice vacation? Some prefer the wilderness, others the beach, but when JB Benn travels, he prefers remote locations. Some of his favorite places include secluded parts of Africa and New Guinea.

5. Benn’s is also passionate about art

As an artist himself, it makes sense that JB Benn is interested in the arts, but he especially loves art history and ancient history.

6. Benn has a repertoire of unique clients

I’ve already mentioned that two of Benn’s first spectators were famous celebrities, but the list doesn’t stop there. JB Benn has also performed for notable figures such as Warren Buffet, Bono, and Mary Tyler Moore. His corporate clients include companies like HBO, Rolling Stone, and even Google.

Hopefully you know a bit more about JB Benn than you did when you first started reading!

JB Benn Has Performed for Celebrities, Politicians, Activists and More!

Seeing is disbelieving whenever JB Benn performs. And that’s just where the fun begins. If you missed him on A&E’s Mondo Magic, and the Travel Channel’s Magic Man, don’t miss your next chance to watch his wise hands make a card disappear along with the way you count on reality.

Throughout the years, as an artist and an entertainer, JB Benn’s craft has given him the opportunity to travel all over the world, from Los Angeles to Mumbai to Saudia Arabia. JB Benn brings wonder and amusement to everyone he encounters. The “Master of the Invisible”, JB Benn transports people into the impossible.

JB Benn recently partnered with the LCMPet Boutique in conjunction with the Mountain Haven Animal Rescue in Stone Ridge New York to raise funds and awareness of their mission. At the event, JB Benn performed for the attendees. Animals and their protection has long been important to JB Benn. JB Benn regularly volunteers with this organization and lends his services when he can.

“In the last year, our tiny but mighty crew of volunteers has rescued 715 animals.

Without this community, we couldn’t have done it. From organizing events, writing grants, donations and all of the other tasks that build up our everyday- from hoarding situations to “oops” litters we have made it work and we can’t thank everybody enough. Our Leap Day Tricky Tray last month was a great success and the donations of towels and supplies have been abundant and much needed.

We had so many great prizes and donations, most of which were donated from our community. Carly and Marion, Cindy and Haley took hours out of their lives to collect and arrange them and put great effort into making the Tricky Tray what it was! Lynn corralled our volunteers into a force to be reckoned with, and Diego kept the kids smiling and playing while they helped pick tickets. The Magic Man himself, JB Benn, kept the crowd enthralled during the event, and people *still* keep coming in to tell us how much fun it was to watch.

‘He has been such a big help all around here at our rescue, wasting no time in picking up the mop to make all of the typical mess you get with bundles of happy puppies disappear! He charms the crowds here at the shop, as well as the animals.” 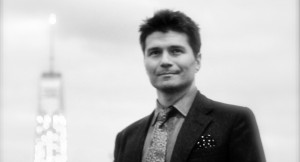 From New York to Los Angeles, London to Mumbai, JB Benn brings the world just what it needs now:
joy, amazement, and most of all, magic.